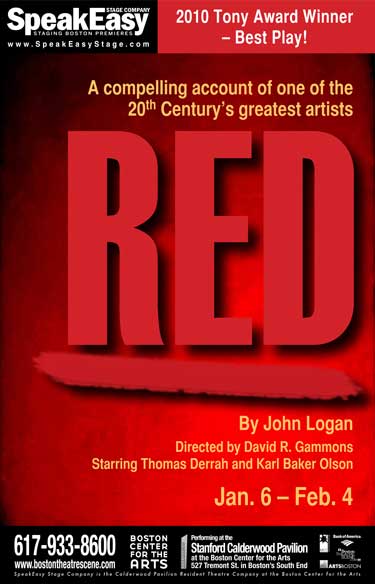 Winner of six 2010 Tony Awards including Best Play, Red is a searing portrait of an artist's ambition and vulnerability. After he lands the biggest commission in the history of modern art, abstract expressionist painter Mark Rothko begins work on a series of large murals with the help of a new young assistant. What takes place between the two men is a master class on the methods and purpose of art and the dynamic relationship between an artist and his creations.