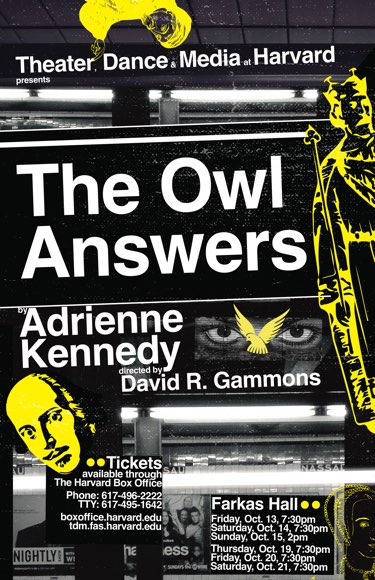 “I who am the ancestor of Shakespeare, Chaucer and William the Conqueror, I went to London... I was the only Negro there.” Clara Passmore, the illegitimate daughter of a white man and a black woman in the American South, struggles to define herself even as she is denied and ostracized by the European culture she idolizes. Unable to claim her father’s heritage and unwilling to accept her mother’s, Clara is caught between time and place; history and myth. Characters and locations morph and overlap kaleidoscopically in this surreal and haunting drama. Kennedy’s experimental masterpiece about race and identity feels as raw and relevant today as when it premiered in 1965.