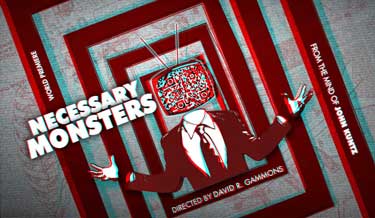 Sex, murder, and terrible danger lurk just around the corner in​ ​Necessary Monsters, the new reality-bending comedy from John Kuntz, author of the award-winning plays The Salt Girl and The Hotel Nepenthe. Through a series of intricately connected stories, Kuntz pulls us into the labyrinth of the human psyche for this dream-like and darkly hilarious look at the ways that we do violence and the stories we create to keep us up at night.