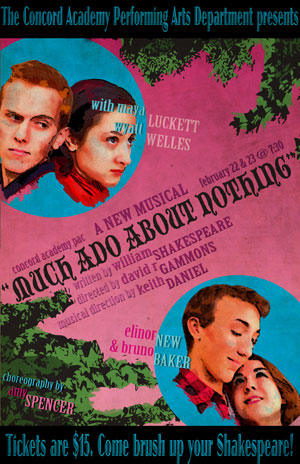 Shakespeare’s quintessential battle of the romantic wits comes to rollicking life in this new musical adaptation, set in small-town America in the 1940’s and featuring memorable Broadway showtunes! As the boys come home from World War II, young love blossoms and sinister plots are hatched in this hilarious and bittersweet masquerade, featuring beloved numbers from Oklahoma!, Annie Get Your Gun, The Music Man, My Fair Lady, and many more!

Much Ado about Nothing