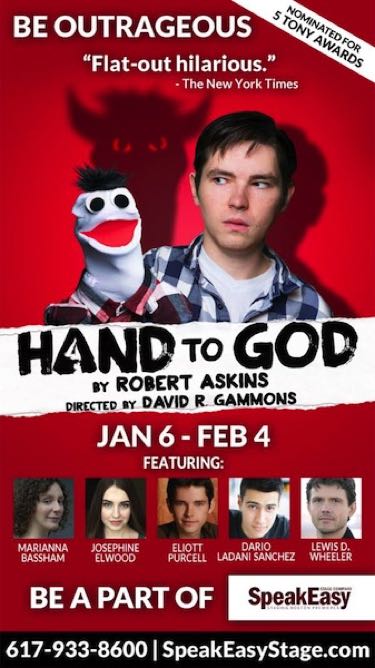 WINNER of the 2017 Elliot Norton Award for Outstanding Director

Described as “Sesame Street meets The Exorcist” by the New Yorker, Hand to God tells the story of an awkward Texas teen named Jason, who spends his afternoons at his local church, practicing for the Christian Puppet Ministry run by his widowed mother. All hell literally breaks loose, however, when Jason’s puppet Tyrone takes on a shocking and dangerously irreverent personality all its own. Hand to God explores the startlingly fragile nature of faith, morality, and the ties that bind.