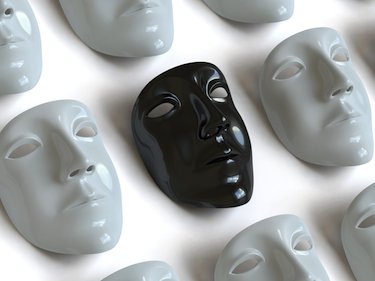 Written in 1961, Adrienne Kennedy’s provocative and fantastical drama Funnyhouse of a Negro fearlessly explores the psychological dimensions of race and identity in America. The story focuses on Sarah, a young African-American poet who is obsessed with whiteness to the point that her own consciousness fractures and splinters. In a surreal and dream-like world of shifting realities, Sarah takes on the personae of Queen Victoria, the Duchess of Hapsburg, African Leader Patrice Lamumba, and Jesus, identities through whom she speaks and interacts. Sarah's obsession with whiteness and rejection of her own skin color and race ultimately lead to an irreversible act of self-destruction. This haunting, terrifying, and beautiful play is one of the most read and studied of Kennedy's plays, yet one of the most rarely performed due to the extraordinary demands of the text, story and staging.

"Let there be no doubt about it: “Funnyhouse of a Negro” is the most spectacular production I have ever seen on the Brandeis campus. The acting was very strong. The actors seemed to burst from the stage with precise, crackling energy, simultaneously capturing the supernatural unreality of the mental demons they portrayed while avoiding the trap of becoming over-exaggerated caricatures. The set design was tremendous. I could barely contain my gasp as the curtain covering the stage was pulled away to begin the play, revealing a broken, lifeless shell of a room that immediately radiated hopeless depression. The presentation had every element necessary to create a uniquely moving theater experience."

"Director David R. Gammons creates a compelling account of one woman's struggle to identify herself and her role in society through noise and sights that captivate the audience. Often, the actions in the foreground accompanied by poetic dialogue and noises of grievance are mirrored in the background by silent actors. This adds dimension to the image on stage and also contributes to the pronounced insanity of Sarah and her alter egos. Several lines and stanzas of the play are repeated by the different alter egos, but one quotation from Sarah resonates with the audience more than the others. She claims, "There are no places, only my Funnyhouse." This struck me as moving not just because it invokes the title of the play, but because it illustrates the director's intended purpose of the character Sarah-to illustrate the insanity that results from her self-abhorrence and failure to accept her identity."