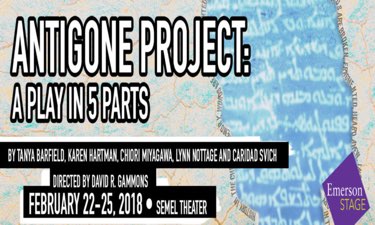 The Antigone Project: A Play in Five Parts reconsiders the classic Antigone story from a variety of rich and radical perspectives of race, class and gender. Five award-winning female playwrights bring five very different explorations of Sophocles’ ancient tragedy to contemporary life. With such settings as World War I, a modern African village, and the underworld of Hades, we see a sister's love and devotion through many lenses in a work that The New York Times lauded as “engaging, seductive and wildly divergent.”